If you’re a Filipino, you already must have tried Century Tuna. The best meal alternative for those who doesn’t have time to cook.  Why not,  just open the can and there you have it, tuna caldereta,  afritada etc. Ready to eat, easy as one two three!

The success for the Philippines tuna king is not an instant success at all. The journey of Ricardo Po Sr.  in his business career have it’s fair share of ups and down before making it to the list of the richest persons in the country.

Po’s mother and father got separated when his mother along with his siblings went to the Philippines to find greener pasture. Po was only 15 when they moved in the Philippines, he couldn’t speak Filipino or English language. He studied hard by reading Chinese English dictionary almost all the time to learn the language. His mother took all kinds of job possible in Binondo to bring food in the table.  Po helped her mother by taking translation job for Chinese businessmen in Binondo. Because of this translation services, he was able to enroll himself at University of Santo Thomas under chemistry course. Because of severe poverty, Po later dropped out of school to get a full time job as a writer and journalist in a Chinese newspaper in Binondo. Po as a fruitful years in journalism, he even got the chance her for the late president Elpidio Quirino in Malacanang. His journalism background molded him to interact with different kinds of people. Po got married and blessed with four sons which pressured him to earn more. 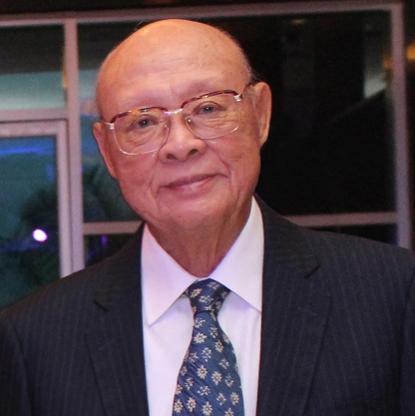 Po entered marketing and advertising industry when he opened his own company with the help of a friend.  They name the company Cathay Promotions. His company was able to bridge The gap between Chinese  businessman and the target market by providing effective advertising materials that can be easily comprehended by Filipino target market. Cathay Promotions’ biggest success is the creation of the SM logo which up until now can be seen in every SM malls all around the Philippines and their branches outside the country. Po still gets bedazzled every time he saw that simple  S and M logo and brag bout it to everybody up until this day.

As his advertising company is doing very well, Po always have an eye manufacturing opportunity that might came his way. Cathay Promotions crushed down when the biggest financial crisis in the stock market came in 1973.

Po invested what was left to him by the closure of his advertising company 20 shrimp packaging company exports shrimp from Cebu to Japan. Due to Japan’s standard compliance on the goods quality, Japanese technicians became editor of Po since then. It was also them gave him an idea to do more on tuna than exporting it fresh. Philippines is known to have abundance of tuna within the region. One day, as Po attended a trade show in Manila, he come across a booth that doesn’t have much visitor as the personnel manning the booth can only speak Chinese. He is selling canning equipment for tuna processing. Po instantly got reminded off the idea brought to him by his Japanese friends about venturing into tuna business. He immediately got hooked with the idea of tuna canning product. Because of his interests, Po went to Bangkok to personally check the canning factory only 3 days after they met at a trade show in Manila. 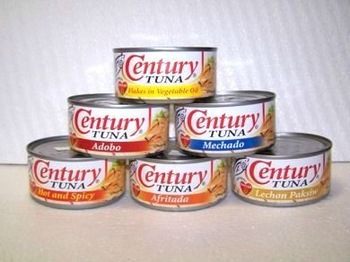 Po acquired a business loan from the  Development Bank of the Philippines to set up his own canning factory in 1978. Po started selling his canned products to Germany as the Filipino consumers are not yet ready off this new concept. Filipino are only used to canned meat products and not canned tuna. Po even remember the time they first release their products in supermarkets in Makati, nobody buy their products as the consumer god alienated by this new concept of canned goods. Their local sales are extremely low close to selling nothing for the first few years after launching the product in the Philippines. Good thing Germany has a high demand on tuna processed product in their local market where Po send all of his manufactured products to avoid loss in profit. Po think of innovative ways in finding what Filipino consumer want in their canned product preference. He added Filipino flavor in his tuna such as caldereta, afritada, mechado and others. It took the company some time to gain patronage from the Filipino market but when it finally does, it’s unstoppable.

Po also ventured in canned sardines. He created his own brand and did not follow the trend. He named he’s sardines 555 which is today’s biggest local sardines manufacturing company in the country.

Po’s third son Christopher, is now the president and CEO of his company Century Canning Corp. He is confident that his son will do everything to protect his legacy and manage business well. Century canning company took a while before it qualifies the capital market but now that it does, Po is opening up 10% share off the company to the Philippine  trade market. It is his way of gratitude the Filipino people who indeed gave him better opportunity in business and no time for him to share his success to the people.

Chairman emeritus Ricardo Po is now enjoying the fruit of his hard work and perseverance. He is spending his retirement doing things that he love with the people very dear to his heart.

Be a Risk Taker – Po has been so brave to dive in to a brand new concept end product which the Filipino consumer may alienate about. Filipino consumers are used to canned meat and sardines but not canned tuna. Po believe in the potential of his product and hold on to it until they finally get a hold of the momentum of success. He took the risk and got the first mover advantage. He set the bar for the ones who follow his concept and idea.

Continuous Development and Innovation – Po didn’t get tired innovating his brand. He created as many variant as possible keeping in mind the needs of the consumer. Tuna isn’t a lone player anymore, there comes bangus (which I must say my favorite!)  and salmon.

Effective Influencer – the very first celebrity brand ambassador of century tuna is none other than the former Ms.  Universe Gloria Diaz. She help jumpstart the process of brand introduction for the company. Followed by many reputable influencers in the showbiz industry. The brand also develop intrusion of healthy lifestyle by eating healthy and keeping physically fit.