The epitome of success, no other than, the Philippines’ richest man alive, Henry Sy. His rags to riches tell tales never fail to amaze inspiring entrepreneurs.

Henry Sy was not born with a golden spoon, in fact he belong to a poor family in Quanzhou, China. Sy, migrated in the Philippines when he was twelve and started working for his father’s small sari-sari store located in Quiapo, Manila. The small store that they owned was burned down by fire when the second World War took place which led for Henry’s father to return to China. Instead of coming with his father to China, he insisted to stay with a firm determination to become successful here in the Philippines.

Left with only 10 cents in his pocket, Sy started to empower himself by studying commerce, learning English and Filipino language at the same time. He began selling GI boots (surplus). Sy focused on trading shoes on the onset which lead him to discover local supplier (Philippine made) and explore in importing shoes to be able to cope up with the supply and demand chain.

He married a fellow Chinese immigrant lady and blessed with six children in their marriage. Felicidad, Henry’s wife helped Sy in the business process all the way. Felicidad is a lace vendor in Manila which also have given Sy an idea to bring in other goods and products inside his Shoe Mart.

It was not at all an overnight success for Henry Sy, he started selling shoes in the streets of Manila under the heat of the sun and the cold of the rain. At one point in his past, Sy was shot by a shrapnel and almost die in excessive bleeding, someone helped him, that someone became his friend and as an act of gratitude, he bacame a business partner and now indeed became successful because of him. There has been so many obstacle in the start up process but was able to overcome it one step at a time. 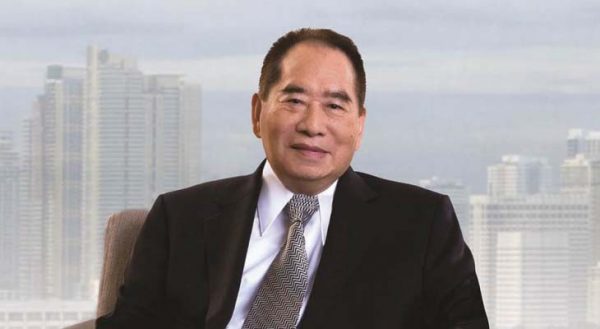 Who doesn’t know SM? In the present situation, you can find SM in almost every corner of the street. There’s SM City Malls, SM Hypermarket and SM Savemore. All differs from their classification but under the same umbrella of SM Prime Holdings.

And yes, SM means “Shoe Mart”. Sy’s flagship company. His very first branch was opened in Carriedo, Manila which became so popular and successful that leads Sy to open up two more branches in no time. In 1972, Sy venture in selling other products than shoes in his mall, that’s when his very renowned Department Store and Supermarket emerged. His mother came right after the sucess of his mall opening to help him in managing the supplies as they are now handling not only shoes but other products like RTW dresses. Not long after, his father also came to give a hand in the operation of the business. After opening branches, he ventured into building supermalls, SM North in Quezon City is the very first Supermall of SM, it was opened 1985, followed by the Megamall in Mandaluyong City which faced a serious financial crisis back in year 1997 that has led the opening of this supermall to be delayed many times from the original completion date.

In 1967, Sy started to venture into banking industry as he bought Acme Savings Bank which he later change its name to Banco De Oro. His initial goal upon venturing to banking was to provide for his supplier’s cash management. During those years, competition became very stiff in the retail industry, competitors like Isetann and Good Earth, havig acquired a bank added in his business profile, he was able to win over the ravaging competition and survive among all of them.

Sy bought China Bank in 2006 and PCI bank in 2007 and and merge it to their main bank Banco De Oro. The merge has led Banco de Oro to become the country’s third largest lender.

Now, as many as his SM Malls, BDO branches are everywhere. Attracting clients from the basic savings of a simple individual to a corporate accounts that they handle. It is no doubt, BDO gained the trust and confidence of the Filipino market.
SMDC

SM Development Corporation was a vision from one of Henry Sy’s son, Henry Sy Jr. His son sees huge opportunity in providing the basic need of shelter for Filipinos with SMDC. With its undeniable success which now has 31 projects and was able to deliver complete unit turn over of 50,000, SMDC has become a new way of life for urban living.

The very first project was launched last 2003 in Paranaque City, Chateau Elysee. SMDC are known to name their projects based on the location premise of the area. SMDC Shore Residence within the MOA area are known to be just beside the shoreline of Manila Bay. Wind Residences in Tagaytay are known for its high altitude climate to name a few.

Convenience is the major consideration in picking up for the location of each project keeping in mind the perimeter to the major needs of consumer. SMDC maintain sophisticated designs and top of the class amenities.

As the success continues, Sy didn’t mind taking the risk to go global. In year 2001, the very first SM Mall was opened in China. Branches in China continues to expand and now has 6 branches in the following region: Chengdu, Xiamen, Suzhou, Zibo,Chongqing and Jinjiang. SM primes in China maintains high level of occupancy with a long term relationship with the Local and International brand and suppliers.

SMDC also started to venture out in China in 2016. Their China project was named: Silk Residence in Chengdu China. This global step for SMDC was a strong testament of the company’s firm commitment on developing world class project that is well-acknowledged by the international target market.

At the age of 93, Chairman Emeritus, Henry Sy was able to acquire numerous awards and recognition in the field of business especially in retailing and banking as well as in his management skills. The second generation of the family has now taken over the business and continuing the legacy their father have established.

In business, it is not important how much money you have in your pocket, what’s important is how much dedication and perseverance you will put in it. Your hard work is priceless and your passion to what your doing is a treasure.


One response to “Henry Sy: Life and Success Story”

Previous post
How to Start a Photobooth Business in the Philippines