Mercury Drug Franchise: Is This Possible?

With researches showing extensive growth to the pharmaceutical industry, made drug stores one of the ideal choices of franchises, and the immense number of Philippine’s population quantifies the need for medicine the country requires.

This article will discuss the pros and cons of Mercury Drug, the estimated cost of investment and the possibility of franchising it.

The History of Mercury Drug

It was on the year 1945 when Manila just recently been liberated from the Japanese occupation, Mariano Que who once worked in a drugstore before the war understood the need for medicine, which is scarce and expensive due to the economy’s current state.

His beginnings started from a bottle of Sulfathiazole which Mariano Que bought for 100 pesos and decided to sell each tablet per piece, making it more affordable. On that same year, he established his first store at Bambang St. on March 1, 1945.

How Much Will it Cost to Start a Mercury Drug Franchise?

Sadly, Mercury Drug is not open for franchise, all of its branches nationwide are company owned.

However, for those who are interested and would like to have an idea of an estimated cost for establishing a full pledged pharmacy store like Mercury Drug, researches reported that the minimum cost of investment is around 500,000 and can go up until a few million pesos. This estimated budget varies to the scale of the store, the amount and variety of products to be sold and others. 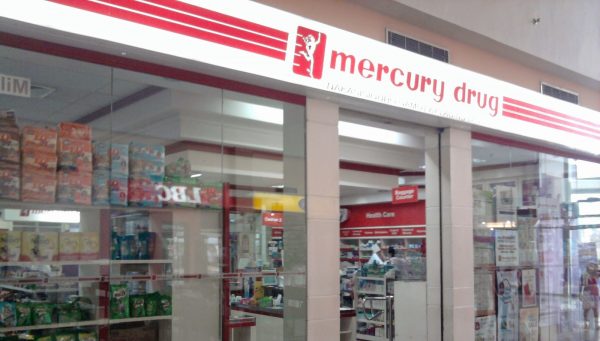 Tips to learn from Mercury Drug

While Mercury Drug is not opened for a franchise, observing how the company progress its growth can help you understand how the small bottle of Sulfathiazole being peddled around by its founding owner Mariano Que, grew and become Philippine’s biggest drug store chain.

Observers claimed that their success is rooted in their exemplary customer service, they listen to their customers’ needs and provides what they seek. Providing medicines and other items for medical use was the main selling product of Mercury Drug.

After decades of thriving through the business industry, they started distributing basic necessity items to their patrons, making Mercury Drug as a small mini-mart where you can shop for your supply of medicine, food and other products.

Understanding the way of living of Filipino’s, Mercury Drug spearheaded the concept of ‘tingi-tingi’ selling of medicine, the ability to buy medicine in small quantity made it more accessible and affordable for people, thus making them the go-to store to buy medicinal needs.

Two services of Mercury Drug you can implement

Mercury Drug has utilized the power of the internet and added a feature to its official website, which aims to bring convenience to their patrons. The following are those services which you may apply too if you wish to establish your pharmaceutical store.

Placement of order online- The service of ordering online is a process of eliminating the occurrence of denying the customer of medicine due to the product being out of stock, this way you won’t lose customer sale and at the same time, you also help bring convenience to patrons.

Drug Information- This helps the customers understand better the contents of their medicine and the effects it brings.

The Pros And Cons Of Franchising A Pharmacy Store


41 responses to “Mercury Drug Franchise: Is This Possible?”

Next post
How to Start Applying for a Johnn Lemon Franchise