Let’s all learn the story of success from the man who’s barely ordinary who made it to the list of the top 20 richest person in the Philippines.

David Consunji came from a middle class family in Hermosa Bataan. His mother died when he was very young which led her aunt to guide him as a mother growing up. His father belongs to the first batch who finished Agriculture in the University of the Philippines, he has a farm and a fish pond in Samal which he managed for a living. David is the 2nd eldest among nine siblings. Consunji exposed himself to farm works, he help his father plant trees, cultivate soil and catch fish, he can even catch crabs from his bare hands. He originally wanted to take up Agriculture in the University of the Philippines but his father insist the he must take different course than him as his father want him to have a life way more than farming. Growing up, David always look up to his eldest brother Jorge in everything, since the passing of their mother, aside from their Aunt, Jorge take most of the responsibilities left. David draw inspiration from Jorge growing up within David’s formative year. When Jorge suddenly died in 1944, the entire family was deeply shaken, their father became weak and sickly. Not so long after the death of Jorge, David’s father was assassinated by a communist group in 1945. David, a newly graduated engineer is now left with 7 siblings to feed and send to school. 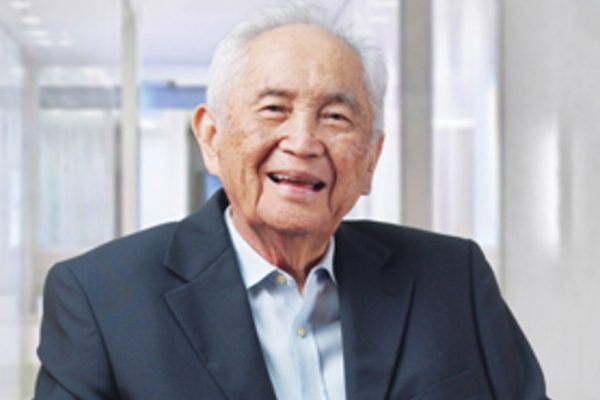 Upon graduating civil engineering course, he return to his homeland, Bataan to teach. After sometime , he move as a concrete inspector in a construction firm named Streift and Kwenzle. He also worked in a logging company in Zamboanga and outsourced majority of his workers from Bataan. Before landing in full pledge to his own contracting company, Consunji took apprenticeship as an individual contractor. He help architects and other engineers for free, he only earned in a way of creating a broader network of connections and hands on experience in becoming a good negotiator which is vital in a construction industry. After such trainings and free works, Consunji started to accept paid offers but still the lowest paid contractor of his time but he didn’t mind that at all. Upon saving enough from his small contracting jobs, he formally open his own construction firm named DM Consunji Inc.

DMCI is just a small contractor who has nothing but passion, hard work and a true dedication from it’s owner. Consunji promise to deliver highest level quality of work ahead of timeline project schedule. he stays true to his promise in all his dealings, weather big or small, he never fails to deliver satisfaction to his clientele where he eventually became known for. Satisfaction guaranteed! One day, fortune literally came knocking at Consunji’s door when he was visited by the Coca-Cola Vice President who happened to be his next door neighbor. He was asking permission from Consunji to laid new pipes to his house which will pass thru Consunji’s house. Because of Consunji’s charm and welcoming attitude, he became friend with the Coca-Cola Vice president that gives him the chance to be a bidder in a Coca-Cola Plant in Tacloban. Consunji won the bid and that mark his first major success in the business.

Because of his good business reputation, Consunji started to acquire projects from prominent people, Don Andres Soriano, a business tycoon grant him a project which he was able to finished six months ahead of timeline schedule on it’s utmost quality which made Soriano greatly impressed by his way of doing business. DMCI climb up the ladder of success the hard way, through sweat and blood, it’s owner Consunji knows no short-cut, he gives emphasis on the value of project timeline, costing and most important of all, quality of every building and houses that they build. Makati Skyline is now compose of buildings and skyscrapers made by DMCI as well as in BGC. Residential condominiums are also booming for DMCI.

On the latter part of David’s life,  he ask his son Isidro to bring him in Zamboanga where he used to work as a logging contractor where they cut down trees for companies.  David show’s Isidro a certain place in Zamboanga which named Bataan.  David brought hundreds of workers from Bataan to Zamboanga for the logging work and because some of them stayed in Zambianga for good the place is known to be dominated by Bataan locals and so given the name for the place Bataan.  He wanted to have the land where they cut the trees of be planted with thousands and thousands of trees in different variants.  His son Isidro help David fulfill his father’s wish and was successful in replanting thousand and thousand of trees in different kinds before he past away.

Secret of a Billionaire

Being simple in every aspect of his life is the key for tycoon David Consunji to attain optimum success. He didn’t spend much on luxury things, he is contented in what he has. He draw his happiness from his family and not from material things. Even after billions of networth, he still loves tuyo as a breakfast. He loves photography and his favorite subject is his family.

Quality over quantity state of mind brought the late David Consunji’s career to where he is today. He will never risk the quality over the possible profit he willl earn in a project. He was appointed by President Marcos as a secretary of DPWH but was not able to stay in the position as he didn’t want himself be involve in projects that might ruin his reputation in the future. Consunji knows no short-cut, he is a perfectionist which made him differ from the rest.