Did you know that one of the top reasons behind Clinical Depression is failure? Many people don’t take rejection and disappointments lightly and usually make them feel genuinely devastated, up to the point that they would just give up hope and retreat into themselves. Although it is understandable to be heartbroken after a failure, don’t make the mistake of throwing out your entire life and forgetting to start over. After all, some of the world’s most successful personalities are known for their failures—sometimes, multiple failures—before they achieved success.

So the list below are composed of famous people who have chosen to believe in their aspirations, instead of giving up. Check out their success story and know that if they can do it, you can too. Just keep moving forward. 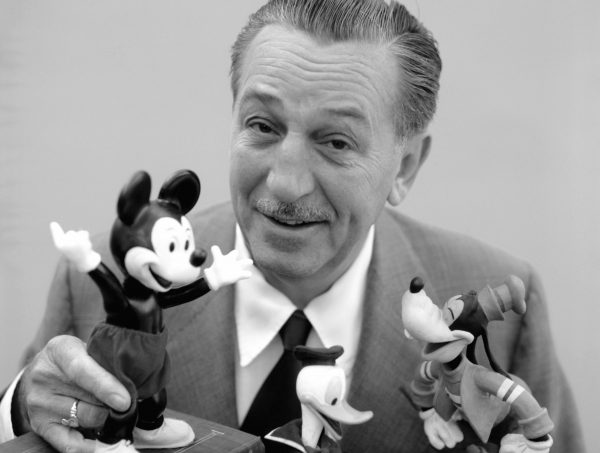 Ever dreamed of visiting Disneyland? Maybe you even used to want to become a Disney princess or Prince Charming in your childhood. Or sang along Disney’s relatable songs. Well, all of this Disney magic started with Walt Disney, who experienced several failures in his life before finally founding Disney studios.

Since his youth, he had always dreamt of being a cartoonist for newspapers, but he was fired from Kansas City Star because his editor found him lacking in imagination, which is totally ironic if you think about. After that, his bad luck continues, because all of his businesses got bankrupt. So he pursued being an actor instead, which did not work well for him. So, together with his brother, Disney studios was given birth and finally received recognition from the American masses, even becoming the “Father of American Childhood” and his legacy continues until today. 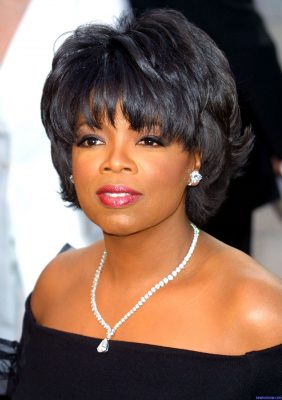 Most of the people knew her name and it is definitely uttered with great respect, because Ms. O is a reporter with a great and big heart, which was actually the reason why she got publicly fired in her first television job.

She gets so “emotionally invested in her stories” but this did not deter her from pursuing a career in the media industry, until The Oprah Winfrey Show is finally aired and gained millions of viewers.

However, Winfrey’s did not have an easy route to success, because she lived with her mother in rural poverty for years, before moving to another neighborhood. She even admitted being sexually abused by her own relatives, which pushed her to run away and got pregnant with a son, who died in premature birth.

Despite all of this hardships, she remained faithful that someday, it would be different—her life would be better. Obviously, it did become better. She is now worth billions of dollars and one of the most influential person today. 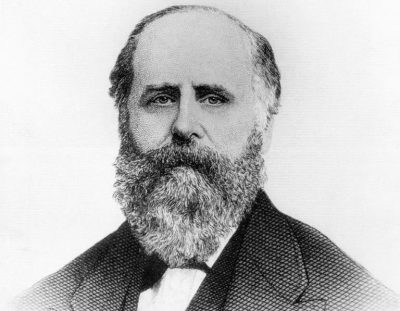 Rowland Hussey Macy whose many retail ventures failed multiple times in a lifetime. He even thought of just quitting the business world.

But with one last final push, he established R.H Macy and Co., which eventually gained tract and became the world’s largest department store chain! 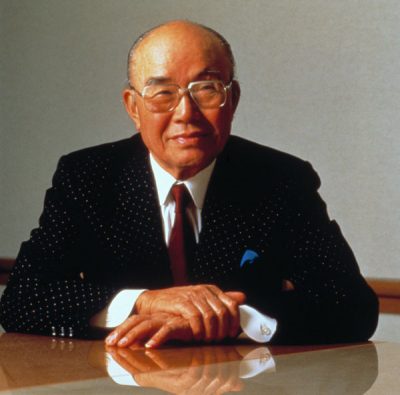 Having a roadtrip? Let’s take a roadtrip down the memory lane of the founder of Honda Multinational Company’s story. Mr. Honda was born in Japan, born with extreme liking to motors, tools, and machine parts. He designed a piston for Toyota Company, which got rejected anyway, then came WWII, where all of the country’s resources went for the war efforts. Still, he kept going and built a factory, which got bombed to rubble. Twice. It’s not enough to deter him, so he built another factory after the war, but it was completely destroyed by an earthquake.

Instead of giving up, he created a bicycle with built-in motor. Finally, it sells! Rapidly, actually, since Japanese couldn’t afford cars after the war and a motorbike is a the greatest transportation alternative. Until today, Honda persists as a quality provider of automotive! 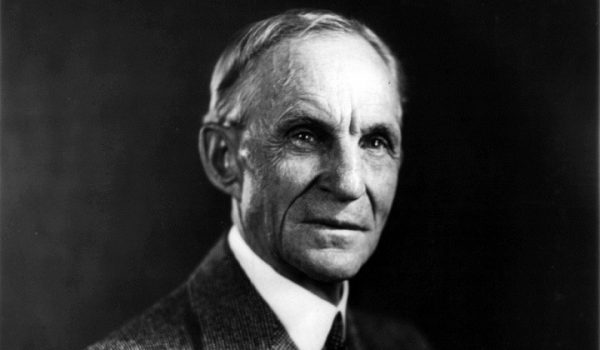 Another titan of the Automotive industry is Ford Motor company, whose founder suffered through multiple financial breakdown and bankruptcy (in guess what!) in automobile businesses! However, when every investors had given up on him and rejected another business dealings with him, he finally found a partner who still believed in him. With his partner’s support, he was able to build Ford Motor Company, one of the most successful Automotive company of today. 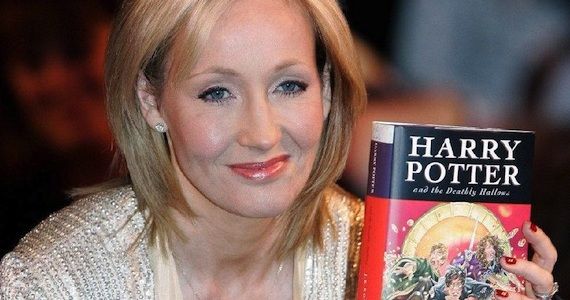 Who doesn’t like magic? Books were in the state of decline in the past decade, but J.K. Rowling managed to energize the Publishing Industry, selling millions of copies of Harry Potter books, enough to make her a billionaire all due to her awesome writing! She was actually a single mom, depending on welfare, and losing hope for her novel, since she got rejected 12 times before an agent picked up her manuscript. 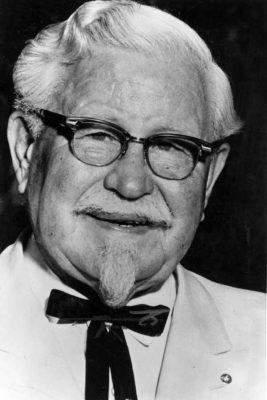 Everyone loves chicken! But Mr. David went through a lot of prove that. He was fired on almost all of his jobs, which actually lead him to depression, but his ever-supportive wife managed to coax him into trying a business of his own.

So, he established a small restaurant, which was relatively successful until the government move the highway seven miles away from his restaurant, leaving him bankrupt at age 65.

He admitted to wanting to commit suicide at the time, but he decided one last time.

He cooked his special fried chicken and traveled across the country to sell it. To say that it was a big-hit is an understatement, because he gained so much money and investments to establish KFC. 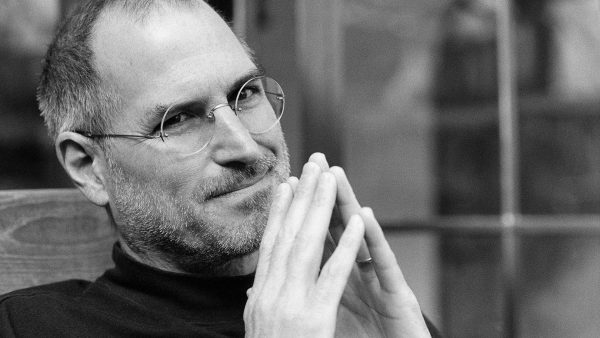 We all love Steve Jobs because he revolutionized the world with his innovative technologies, particularly his iPhone products, but he was actually a college drop-out, who got fired at the company he established. Then, he picked himself up and started PIXAR, eventually getting back to the Apple Inc., and making it the most recognizable brand of all time. 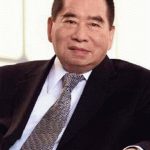 The richest Filipino in the Philippines did not have it easy. He migrated to the country during post-WWII, gathering the shoes littered along the streets, fixing them, and selling from home to home. Eventually, he gained enough to build a small shoe-store, naming it Shoe Mart (SM), and despite facing different challenges in his business such as the Marcos’ Dictatorship Regime and the hyper-inflation of 1997’s global crisis, he persisted through hard work and faith. He is now worth 12 Billion Dollars and his malls have become a household brand. 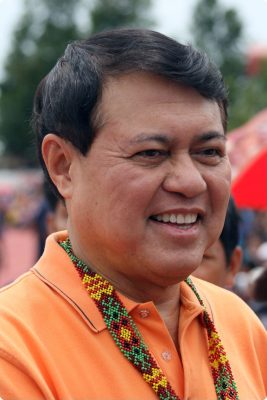 Mr. Villar is a Filipino businessman and politician, who did not allow poverty to hinder him from getting successful in life, and because of his determination, he managed to get a scholarship from University of the Philippines for his undergraduate studies. Then, after his marriage to Cynthia, he went on to become one of the go-to homebuilder in South East Asia. He was the first ones to delve into the Real Estate Industry, propelling him to a Billionaire status in 2013.

No one has it easy, especially if you are aspiring for something more—something greater. But at the end, you would realize that it was all worth it. So if you are struggling right now, know that sometimes, the path to success is failure. Go on and fail, just don’t forget to get up and try again!

Next post
The Top Spa Franchises in the Philippines + Info