This is a story of how a “happy,  always smiling bee” dominates almost every corner of the streets in the metro.

Jollibee founder Tony Tan Caktiong, is another of those Chinese immigrant family who went to the Philippines in hope for a better future. Tony is born on January 5, 1953 in Fujian,  province of China.  His father worked for a Chinese temple in binondo as a chef. Due to his father’s talent in cooking he was able to acquire an offer to manage a  restaurant in Davao. The entire family helped each other in order to make the business progressive. Because of the family’s hard work they were able to send Tony to school back in Manila at University of Santo Tomas. Toni took up chemical engineering course. One day tony and his friend when to the plant went to the plant of Magnolia Ice Cream for a visit, young tony got interested into a poster advertising to franchise an ice cream house for only 17,500 pesos per branch. The family savings to invest their money amounting 350,000 pesos to purchase 2 franchise branch of the  ice cream house.  Their two ice cream house army named Cubao Ice Cream House and Quiapo Ice Cream House. The entire family went back to manila to focus on this new business venture. They started selling just flavors of ice cream. Tony was only 20 when they opened the ice cream houses which will eventually be the country’s leading fast food chain in the Philippines. As the business progress the family started hiring skilled people such as managers supervisors and service crew, to help them cope up with the operational demand.  Only after 2 years when Tony expanded by serving not only ice cream, they started serving hamburgers and fried chicken. Not for long, chicken, hamburgers and ice cream are selling very good, lines starts to pile up and success is a continuous matter for them. Tony decided to rebrand the restaurant and leave the Ice cream house name on it. Tony suggested “bee” as their icon for a sign of hard work as is bees are known for their hard work to produce honey. They are also associated “happy” as the Filipino culture portrays happy costumer.  Tony came up with the word “jolly” in replacement of the word happy so they come up with the word “Jollibee”. 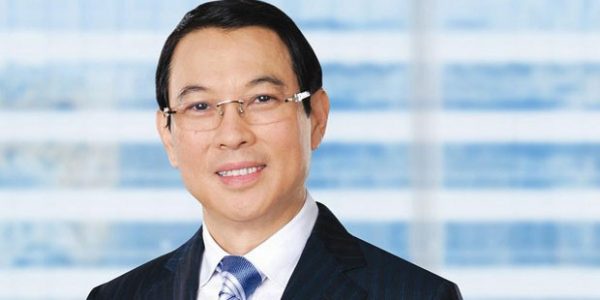 1978 when the family formally inaugurated Jollibee in the Philippines. The concept of serving Filipino comfort foods for the consumer is one of the key strengths that they have. 1980 when international brand McDonalds came into the scene as the major competition of Jollibee. Jollibee was able to ultimately understand the Filipino market by incorporating Filipino sweet blend in their specialty.  Jollibee continue to prosper over the years, as of now, Jollibee has a market value of 25 million pesos as a franchise fee. Not only did Jollibee

Taken the number one spot in the fast food chain industry in the Philippines but also started to domain branches all over the world. As the company expanded number of branches also able to acquire other fast food chain company such as Chowking, Greenwich, Delifrance,  Red Ribbon and Mang Inasal. Greenwich was one of the first acquisition made by Tony happened year 1994, Tony kept the original recipe of Greenwich Pizza which retains the taste that suits the local market’s taste preferences. 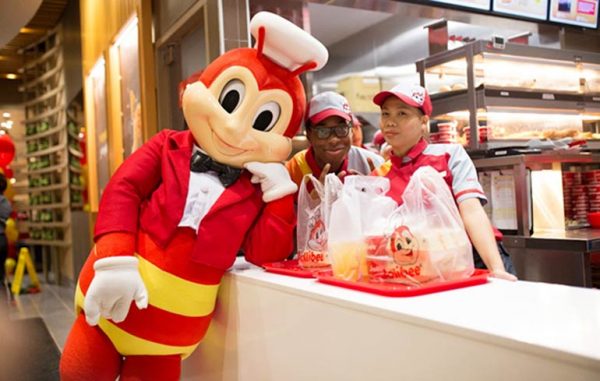 “If you dream big and put your dreams into action you will indefinitely make mistakes. But don’t be scared to make mistakes just be quick to regain recognize them learn from them as fast as you can. ” Tony Tan Caktiong

Tony and his family took a big step into staking their savings in open up a food chain that makes them the leading food chain company of today.  There has been many mistakes that came along the way and not everybody believe in the beauty of Tony’s dream.  During the times of trial Tony keep an optimistic mind that nothing is impossible and that he can overcome everything. Tony got the trait of having a positive mindset from her mom.  Tony’s mom always do her best without worrying much about the outcome as long as she did her best. When McDonalds came into the picture, most of Tony’s friends are advising them to sell out Jollibee as he may not be able to make it amidst the globally renowned competition. Tony keep his mindset positive in staying despite giant competition he’s battling face to face. If he would have given in during those time and sell out his company, we wouldn’t have Jollibee today.

Tony would always say in all his inspirational talk that dreams are free, it is free to aspire for something. Tony’s dream of establishing a globally renowned food chain business may seems impossible during the time when Tony’s only starting up 2 small ice cream house at the age of 22. Tony hold on to that dream and work hard for it. It is not a matter of how big your dreams are, how dedicated you are in doing actions on making that dream come true.

Learn From Your Mistake

Mistakes are inevitable in doing business. Every mistake has a random effect. It can make or break whatever you put up in a snap. Tony believes that making mistake is also an opportunity in learning for improvement. Recognize your mistake you can learn from it, recover as fast as you can. Jollibee’s one of the most notable mistake made by Tony is when they thought roasted chicken will sell more for the Filipino consumer rather than their crispy fried chicken.  They quickly change chicken grilled chicken to crispy fried chicken to overcome the challenges. Make your mistakes your building blocks to climb up to the top.

Looking back at his entire journey, Tony is very glad he take chances, he take the risk and work hard for it.  He is very thankful of the support he got from his family who never leave his side in making big steps throughout his career,  for not with them, he may have made bad decisions in the past.  He dream big,  he work hard and materialize his dream thru actions that make him the owner of the country’s largest fast food chain in the country.  Believing in the beauty of your dreams should be incorporated with perseverance and hard work, holding on to it in times of trials and difficulties and giving whatever it takes to make your dream come true.

Next post
Ramen Kuroda Franchise Business: Is it possible?