At the start of 2000, the marine industry flourished and there had been mass employment of seafarers/seamen for cruise ships and even cargo ships. It was said to be a life-saver for many Filipino workers at that time, since global crisis was still felt particularly by third world countries, and gave secured many children’s future.

Being a seafarer was absolutely difficult, because you would have to leave your family for less than a year, stay in the middle of ocean for many days, and work even if you can’t.

However, Pinoy seamen knew that all the sacrifices were worth it, because the salary could cover daily expenses, education fees, and even leave an extra cash for their family’s convenience. Unfortunately, a decade later, it seemed that many Pinoy seafarers were making money mistakes that left them bankrupt and back at square one.

So, if you are a Pinoy seafarer, it’s time to turn your finances around! 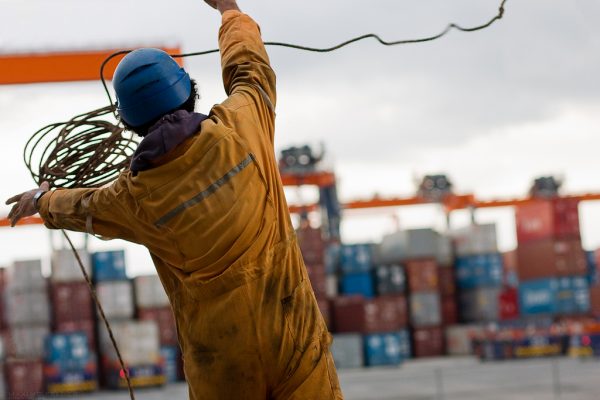 Once you sign on as a seafarer, the chance of you earning money just doubled or even tripled than staying to work in the Philippines. Aside from your family having an allotment that rendered them secure every month you stay on the ship, you also have your own salary plus many tips while serving the ship’s customers. And the tips would definitely be in dollars. So your buying power became greater when you come back home. A 3000 pesos-worth of Adidas shoes would not even make a dent on your income. So you ended up splurging, buying all that was on sale because in your eyes, they would seem cheap, compared to what you earned. Unfortunately, impulse-buying would leave you with more junk than savings and was going to cause financial drain later in your life. Thus, it would be better (your future self would definitely thank you for this) to create a budget list. Buy only what was truly needed, not what you “think” you needed, and avoid spending as much as you were earning, because savings should come first. Aside from that, it was understandable for you to want the best for your kids, siblings, loved ones, but sending them to a school that was beyond your budget would not secure their future as much as you thought it would.

It was Filipino culture to look up at the Western lifestyle and once you managed to get a job abroad, you were considered super “rich” and so as part of tradition, you would have to buy pasalubong for everyone you know back home, which was fine, until you start buying incredibly expensive branded things. Then once you returned to the Philippines, many seafarer and OFW in general had a tendency to impress people by throwing a grand welcoming celebration and giving the attendees different forms of “libre,” which unfortunately, would leave you penniless even before you can get back on your job. The pasikat-mentality was so rampant in the country and whatever your reasons were behind this attitude, it had to stop. Make all your hardship (pun intended) worth it, by treating your family and friends in a simple salo-salo and invest the rest of your money in the stocks or even by franchising a store.

It was already established that the Filipino families were so close-knit, enough that they tend to live in one house even after marriage and children and grandchildren and great-grandchildren—also including extended relatives and their families. Unfortunately, most often than not, the person who got a job overseas was expected to carry the financial burden of everyone in the clan. That was actually one of the reasons why there were so many Pinoy seafarers, so they could support their families, and you ended up remitting all your money back to the Philippines, only leaving yourself enough for food, (or maybe not even that?) and so, you ended up with no savings at all. Yes, it was amazing that you wanted to help out and you have a beautiful heart for doing so, but you were also not doing your /able/ family members to grow. Let them find them own feet, you cannot fight their battles forever. Allow them to live the real world and its endless bills. Instead of pampering them, why not invest in a business that they would have to manage? If you do that, it was like killing two birds with one stone. You got investments and independent family members.

Yup, one of the benefits of being a seafarer were all…the benefits! Including SSS, Phil health, Pag-ibig, and life insurance. So if anything were to happen to you while on-board the ship doing your job, the marine company got your back. And if worse came to worst and you died on the ship, your family would be getting millions in return for your services. However, you forget one teeny little bit of information: on-board the ship. Thus, if you something bad happened to you while you were back home, your family wouldn’t  have anything, not even memorial finances, which was definitely bad news. Don’t let that happen. Have a personal insurance! It was better to be prepared than blindly facing future challenges and struggles. Just make sure that it was a legit and stable insurance company, by the way.

When you started working as a seafarer and earning more than you thought you ever could, it would be easy to forget that you won’t be doing this forever. You would grow old and you would need to retire someday soon. Sadly, it was not Filipino culture to prepare for this end, since less than half of the country did not have any retirement plans, one that ensures your finances once you stopped working. Your business investments such as franchises and stocks were all bound to go the wrong way. The world was full of inflations, after all. Therefore, it was better to insure yourself. Most marine companies were not Philippine-based and other countries such as U.S. and Singapore had mandatory retirement plans, which meant that a portion of your income was invested and once you grew old, it would send you back almost double of those money you invested.

Sometimes, bad things happen not one at a time, but all at once! A family member could get sick. Your closest friend might get into a terrible accident. Life trials were inevitable and you cannot avoid them, but you could certainly be prepared for them, instead of making huge loans to send back home. Once you already made a loan, there was no going back. Most of the time, you would be forced to pay the interest alone every month because you could not afford to pay it back yet, which meant that you were tied to this debt in the unforeseeable future. Don’t drown in debts! A seafarer like you would have medical insurance, but it could only cover enough. Try doubling your medical insurance investments, or invest in another insurance company. Two was better than one, right?

Previous post
Productivity Hacks When You Feel Lazy at Work