What is Estafa? How is it Different from Theft?

What is estafa? What qualifies as estafa and what does not?

Estafa is one topic in the legal world where the scope is quite big and the range is extensive. There is a need to define it in the lawful way and it will also be beneficial if we take the layman’s understanding of the word. Let us take the latter first, estafa in its simplest explanation is a type of swindling that takes on different forms. Swindling here refers to an act of obtaining money or property by fraud or deceit. So, one can be called a swindler if one commits estafa. 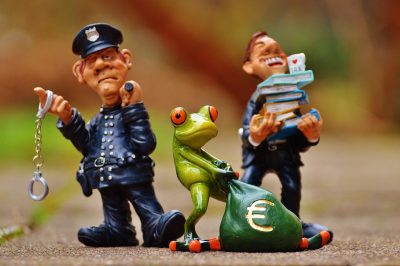 According to Atty. Rainier R. Mamangun, a senior partner and a founder of a full service Philippine Law firm described estafa as a criminal offense wherein a person defrauds another by the following means:

(1) by unfaithfulness or abuse of confidence;
(2) by deceit;
(3) by fraudulent means”

In other words “Estafa is committed by a person who defrauds another causing him to suffer damage, by means of unfaithfulness or abuse of confidence, or of false pretense or fraudulent acts.”

It would be interesting to understand each definition by means of an example as explained by Atty. Mamangun in his website.

(1) Estafa through unfaithfulness or abuse of confidence is done by:

(a) Altering quality, quantity and substance of subject matter of contract;
(b) Misappropriating or converting goods/property of another;
(c) Taking advantage of a signature in blank

(2) Estafa through deceit or fraudulent acts executed prior to or simultaneously with the commission of the fraud is done by:

(a) Using fictitious name as means of deceit;
(b) Altering quality, fineness or weight of anything pertaining to art or business;
(c) By issuing unfunded checks or postdated checks;
(d) Availing of services of hotel, inn, restaurants etc. without paying therefor.

(3) Estafa through fraudulent means is done by:

(a) Inducing another, by means of deceit, to sign any document;
(b) Resorting to some fraudulent practice to ensure success in a gambling game;
(c) Removing, concealing, or destroying, in whole or in part, any record, office files, document and other papers.

With the examples provided above, estafa has basically two requisite elements. These are fraud or deceit used by the offender against the victim and as a result, the victim suffered damages or injury. This means that the victim here greatly lose a certain amount of money, property or valuable things because he was cheated or deceived. Thus, to accuse a person with estafa, all requirements mentioned should be satisfied. If it does not satisfy the conditions, then it is not estafa. It may qualify as a theft or any other forms of crime. But the usual confusion is between theft and estafa. To help us better understand the difference of the two, the explanation given by Atty. Mamangun is clear enough to understand. It goes:

“Theft is explained as – If the offender has been given material possession of the personal property and he misappropriates the same, he is liable for the crime of THEFT.

Estafa on the other hand is explained as -If the offender has been given juridical possession and material possession of the personal property and he misappropriates the same, he is liable for the crime of ESTAFA.

Theft should not be confused with estafa. According to Chief Justice Ramon C. Aquino in his book on the Revised Penal Code, “The principal distinction between the two crimes is that in theft the thing is taken while in estafa the accused receives the property and converts it to his own use or benefit. However, there may be theft even if the accused has possession of the property. If he was entrusted only with the material or physical (natural) or de facto possession of the thing, his misappropriation of the same constitutes theft, but if he has the juridical possession of the thing, his conversion of the same constitutes embezzlement or estafa.”

It would be nice to determine the elements of theft as compared to estafa so the distinctions and differences are clear. This definition is taken from (U.S. v. De vera, 43 Phil. 1000). It explained that theft has the following elements:

(a) that there be taking of personal property;

b) that said property belongs to another;
(c) that the taking be done with intent to gain;

d) that the taking be done without the consent of the owner;

e) that the taking be accomplished without the use of violence or intimidation against persons or force against things.

Lastly, under Article 315 of the Revised Penal Code of the Philippines, estafa is punishable by law and is classified as a criminal offense. This means you can be subject to lifetime imprisonment. Thus, the things discussed and described above should bring awareness to everyone as ignorance to the law excuses no one.


41 responses to “What is Estafa? How is it Different from Theft?”

Previous post
How To Borrow Money at a Bank in the Philippines (BPI, Security Bank, BDO, Maybank)