Selling via Facebook During the Covid-19 Pandemic: Success Stories

Since people are stuck with this lockdown and home quarantine many of them tried to make a living. It was hard because most of us turn into a seller and then there is a low percentage of buyers in our market. Most of us tried to strive and climb the way up to success. So, here are some stories of successful entrepreneurs during this Quarantine.

From Milk Tea Cravings to the Local’s Fave 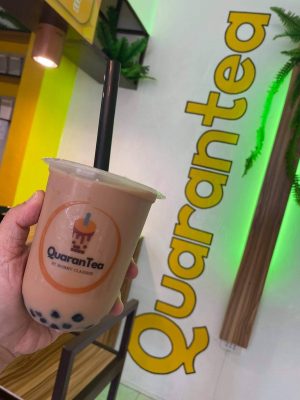 Since the lockdown for 60 days, Mommy Clarrise Angustia made milk tea not only for her cravings but she invested in it to open a business. It all started when their family members including her sons and daughter crave milk tea. Then she ordered too much of it so instead of wasting it, she posted it online and open orders for it too. However, luck isn’t always on your side you need to have a trial and error to perfect the milk tea that they are selling right now. They invested 40,00-50,00  in the business because some people and her partner did not like the taste. But now she is earning 3,000-6,000 peso a day. The highest number of cups they sold was 250 cups. Aside from that, she gained 12 resellers in parts of Manila. She couldn’t imagine and believe that she survived in this crisis and now they are earning and helping people too.

“And that is the advantage of online selling, you don’t need to pay for the rent, you don’t need to pay a lot of workers, and of course you can do it on your own.” Mommy Clarisse said in an interview. And because of her success and the blessings that she received, they delivered milk tea to frontliners, because she insisted that in this crisis the front liners are our heroes.

And she gives some tips to future entrepreneurs and home-based sellers she said that “You need to be skillful and resourceful because the home-based job is in trend nowadays.” She also wants to inspire other people not to lose hope and trust in their timing that they will be successful too.

Since the crisis-affected us in all aspects, the Philippine athletes who rely on their games for salary to support themselves and their families temporarily lose their job. So, instead of getting bored at home, they started to unleash their creative business mind and enter the world of entrepreneurship.

Philippine Basketball Association players like Blackwater Elite forward Carl Bryan Cruz worrying about what to do during the quarantine period. “It was so boring. I am doing nothing in my house,” said Cruz.

Cruz and his girlfriend started CBC Enterprise which sells cleaning and disinfectant tools like alcohol, dishwashing liquid, soap, pressure washers, knapsack sprayers, and disinfectant mats. They have considered that because of this pandemic, a lot of people need these supplies to be safe. 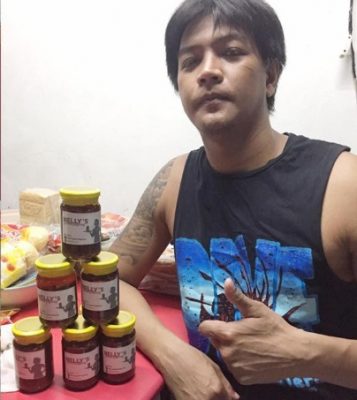 Other than that, Ronnie Matias, who now plays for the Manila Stars in the Maharlika Pilipinas Basketball League decided to extend his bagoong business this quarantine for more income, adding the longganisa and tapa variants from Taal town in Batangas province. He has his recipe for these new dishes, and he hopes that it will bloom and be successful even after quarantine. Slowly but surely, they are gaining experience at work and roving to us that they are not only an athlete but can be an entrepreneur as well.

Since the crisis happened most of the OFWs are struggling on how to have extra income this quarantine. There are other jobs available for them, however with the right amount of hope plus skills and resources they come up with the business that will suit this quarantine period. Miss Cecil Delgado likes to eat Chicken Inasal a known recipe for Filipino wherein they marinate the chicken a sauce that will give its juicy taste. She decided to cook it, then they posted it on Facebook, their Facebook friends suddenly crave for their Chicken Inasal. It looks so juicy and mouth-watering, besides most of the Filipinos

Then Miss Cecil Delgado asked her friend and co-OFW Mike “Why don’t we have an Inasal Business? While we are not yet doing anything.”. Since its lockdown, most of the business and restaurants are closed and they only offer a curbside pick-up they decided to invest and grab the opportunity. Then managed to have a food delivery business despite the pandemic. They include java rice and sago’t gulaman drinks in their business too. It is a great partner with chicken inasal and now they have more than one meal. They offer other Pinoy foods like pork barbeque, pork sisig, and another beverage like Black Pandan Gulaman.

Mike Aznar, one of the owners of the business said that “ There is hope if you are skilled and resourceful if you need to earn money you will find a way.”

Michael Baclay also added that “We always hope that tomorrow will be a better day.”

And that’s how they achieved their success during the pandemic. Hoping that this will inspire other people to try and take little steps on how to make income during this crisis.