20 Characteristics of a Terrific Boss the Employees Will Love

As you leave school, you would realize that your boss can be worse than your terror professors. However, just because you have experienced bad luck on your first job, does not mean that all other bosses are the same. Generalization is a no-no, because everyone is different. You could also meet a remarkable boss, someone who could act as your mentor, and actually try to make the office feel like a second home.

Make sure to keep an eye out for a great boss, because not everyone is fortunate to work with a higher-up that treats them as an equal and encourages growth, instead of being mean for having a superior position. So, scroll through this list of 20 characteristics of a great boss and make sure to repay that awesome boss with an equally amazing work! 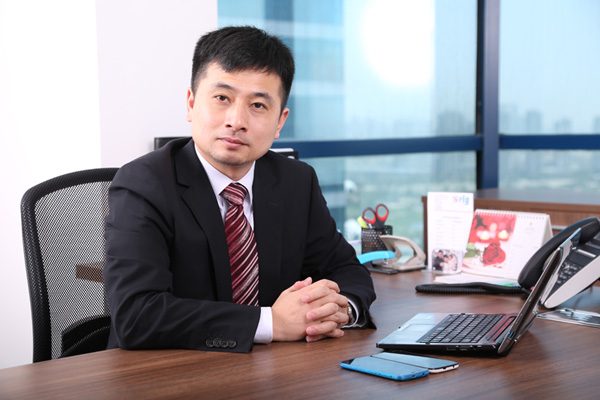 1. A Person Who Has Conviction

Starting up a business is a big risk and is not meant for the faint-hearted. A great boss must have a strong conviction in order to survive the competitive world of business sector. A boss should not easily waver from his own vision and mission, because he is the spine of a company or organization. If he cannot stand tall, his employees is in danger of taking the fall.

A great boss is a firm believer that nothing is impossible, because if he only aims for what can be achieved, then there is no room for progress and innovations. He sets the bar high, because he believes that something more could be achieved.

3. Has an Eye for Opportunity

There are many bumps and lumps in the way of every entrepreneur and failure is inevitable, but a great boss that hurdles are merely a chance for improvements and manages to grab at presented opportunities. Or maybe even create opportunities for themselves.

Most bosses are guilty of micromanaging, being so O.C., because he thinks that he is the only one who could complete the greatest work and if he delegated a task to an employee without close supervision, the employee would fail. If a boss delegates tasks, he would be able to accomplish more and give employees a chance to learn.

If a boss is not a micromanager, then he probably values team work, placing his trust on the employees, and try to win their trusts in return. A great boss knows how to associate with his employees and build an atmosphere of trust in the office.

Well, as much as a boss values team work and each employees’ idea, it is important to remember that the last word is on the boss’ shoulders. As a boss, a single decision has the power to make or break the company.

Employees are merely humans. Sometimes, they do everything perfectly, but there are times when they would fail. Praise employees for a job well-done and encourage them to do better if they committed a mistake. Reassurances motivates the office and allows each one to grow into a more mature person.

A great boss knows that an employees’ talents and skills are crucial in making the business successful, so he values people as much as he did with his assets. After all, an employee makes up the body of the company, without the body, a business would be left paralyzed. Thus, he takes note of his employees’ achievements and shows them his appreciation in any way he can.

Nothing productive comes out of playing the blame game. A great boss would admit his mistakes, go through an analysis of the failure, and use it as a lesson. If a boss takes responsibility, the employees would follow suit, making the boss he perfect model.

A boss who would not take accountability for his mistakes lacks humility, which is not a good thing. Being condescending does not make anyone more successful and does not add up to the gains of the company. A boss knows how to show authority without being mean. He remains firm, practices proper decorum, and never humiliates an employee. If problem arise, he chooses to have a personal conversation with the person/s involve.

Issues are unavoidable in the office. Sometimes, it is between a boss and his employee, or between employees. This would fracture the trustful atmosphere of the company, and would create more damage when the boss starts playing favorites. A great boss would investigate, instill accountability, and be responsible enough to mend fences.

A great boss is an awesome problem solver! He embraces a great aspirations, doing his best to achieve the company’s goals, while also working for the improvement and career-advancements of his employees. He sees the challenges and immediately organizes an approach to deal with it. Simply, a boss knows how to strategize.

When a company is founded, it is built on a particular set of goals, so the boss’ speech is imbued with promises for the future of the company. However, if a boss does not work hard—harder than everyone in his employ—then he is expected to fall short. Also, no one likes an authority figure who isn’t a “man of his words.”

More often than not, bosses are considered untouchable, with temperament of a typhoon, always throwing tantrums. A great boss is mature enough to know that although his authority must be recognized, he must also be approachable and humane.

If an employee could approach a boss without being afraid of being bitten off, then the communication lines would be open. Every successful human relationship is built on communications. An exchange of ideas is bound to happen, leaving the way for improvement always open.

Respect goes both ways, how can a boss demand respect if he is not even willing to give it? Don’t be rude, a boss’ attitude speak volumes. Respect boundaries, ideas, and beliefs, because there is really no need for harsh judgments.

There are bosses who keeps saying how they value opinions of workers, but does not actually listen. There is a difference between “I hear you” and “I understand you.”

The business sector can be daunting due to its ever-changing rules and trends, thus, a great boss knows how to flexible. He knows how to keep up to the changes of times, as well as to the emergency situations in an employees’ life.

Yes, business is already a risk in itself, but without research and development, it is impossible to keep afloat for a long time. A great boss takes risk, not for its own sake, but because he believes in the reward it might bring. Without stepping out of comfort zone, there is no real growth.

Being the boss means that people are dependent on you, especially when an unforeseen crisis arises. If you panic, the entire company would crumble. A great boss knows how to keep it cool, soothe his workers, and inspire them to work together against the said crisis.

Next post
How to Franchise Burger King in the Philippines