Filipinos are probably one of the fondest eaters of chicken around the world.  What is significantly unique to Filipinos is that it has its way of cooking chicken that will surely make you crave for more.  This is the chicken inasal way.  Consequently, this is the brilliance of Iloilo homegrown fast food chain Mang Inasal.  It just quickly captured the hearts of many Filipinos and swiftly turned around its business and instantly made 26 branches in the provinces in a span of only 2 years.  An outlet was opened in Manila (the make or break city) in 2006 and its phenomenon continues to soar.  It definitely made a breakthrough in the fast food industry as the first quick service restaurant serving grilled chicken barbecue.  To date, there are around 500 Mang Inasal restaurants all over the country and has evolved its menus to satisfy Filipino cravings.  Thus, if you want to offer Pinoy specialties such as chicken barbecue, pork barbecue, sisig, sinigang, bangus, kamote fries and the likes, you will never go wrong with Mang Inasal as it will truly satisfy the empty stomachs of the Filipino people.

The man behind the success of Mang Inasal or Mr Barbecue is a young entrepreneur from Iloilo City named Edgar ‘Injap’ Sia.  He first opened his restaurant in December 2003 in the same city and the rest was history. Because of this success, Jollibee Foods Corp, the country’s no. 1 food chain acquired 70% of its share making Jollibee a stronger number 1.  But, even with the said acquisition, Mang Inasal still remains to be different in the eyes of Filipinos as it continues to be unique in terms of food choices.  The inasal chicken in particular is still something that can be flaunted out. 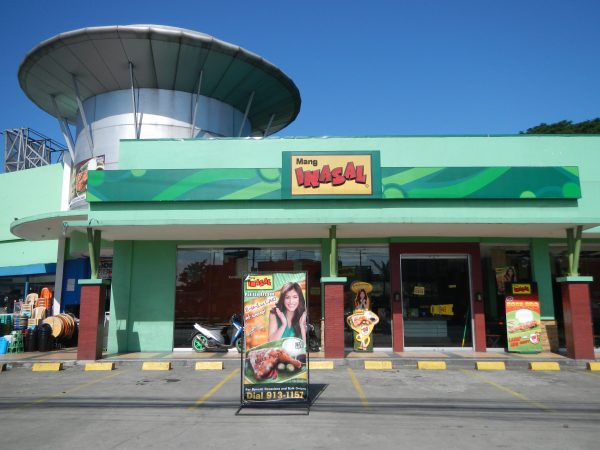 Advantages of the Mang Inasal Franchise

Disadvantages of the Mang Inasal Franchise

Want to Start a Mang Inasal Franchise? Here is the Contact Information

For more information about Mang Inasal franchise, log on to http://www.manginasal.com/franchise/