Lucio Tan is once a janitor, cleaning a factory of tobacco, who would have known, that little boy cleaning to send himself to school will one day include in the country’s richest person alive.

Lucio Tan’s journey was not at all easy, he is born in China on July 17, 1934 in the province of Fujian. Lucio’s family migrated in the Philippines when he was still very young. Lucio is the eldest of eight children of their parents, he belonged to a very poor family of Chinese immigrant.His father manage to try his luck here in the Philippines in hope of better fortune. He took up Chemistry Engineering in Far Eastern University but didn’t able to finished to focus on his small scrap buy and sell business. Not long after, the scrap business didn’t work out, he then move in to a tobacco factory and work as a janitor in the factory, because of young Lucio’s hard work, he was promoted as a tobacco cook and eventually assigned to be a tobacco leaf dealer in Ilocos Region.

The Start of Winning in Life 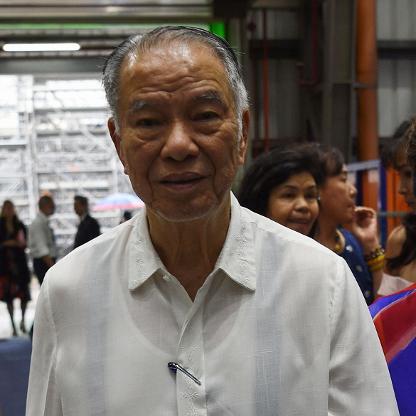 Tan’s exposure to tobacco processing became his key in opening his very own tobacco company he named Fortune Tobacco in 1966. The production process came very swift for him as his experience in the tobacco industry greatly contributed in the success of his own company. His introduction to an affordable cigarette brand called “Hope” indeed made it very successful in no time. In just nearly 15 years, Fortune Tobacco leads the Tobacco Industry being the largest local manufacturer of cigarettes in the Philippines in 1980.

Lucio Tan’s closeness to then President Ferdinand Marcos gained so much controversy. Critics says that Lucio were able to get what he wanted because of the power radius he shared with President Marcos. Then government owned bankrupt General Bank and Trust Co. (Genbank) was acquired by Tan for only Php.500,000.00. Many says it was such a sweetheart deal for Lucio. The amount he paid for, for the acquisition of Genbank is relatively low compared to a regular company merging cost. The bank was later renamed as Allied Bank.

The Rise of Asia Brewery

In 1982, Lucio turn to opening Asia Brewery as his very close friend President Marcos lifted the ban on establishing liquor company in the country. Asia Brewery was able to stand along the competition between the then industry leader San Miguel Corporation. By width standing the competition, Asia Brewery were able to develop innovative products that are openly patronized by the consumer not long after.

After the Marcos regime, Tan faces controversies about corruption and tax evasion but instead of stumbling down, Tan continued to grow as he acquire the government owned airline Philippine Airline. He also acquire Tanduay Holdings, Philippines National Bank, Macro Asia Corporation, Eton Properties and University of the East.

Cases were filed against him on tax evasion and corruption allegation which later dismissed by the courts. In year 2017, President Duterte accused Tan of tax evasion case amounting $600 million, which until now has underwent investigation for future decision of the court. Tan appeal to have the tax evasion fine payment be done in terms but the government refuse the proposal.

For those who have known Tan as their boss, they can only describe him as being a simple guy with an empire built in his hard work. His humiliation is very profound, he treats his employee with utmost respect and fairness. His kindness glows in his philanthropic works as he shares his gratitude with humility in helping others.

Lucio looks up to his father Tan Yan Kee with utmost respect and source of his business wisdom. His father greatly value education, perseverance and hard work. His father once says, “Great achievements are attained only through discipline, hard work and dedication.” When his father died, as his body done with the cremation process, Lucio take his Urn, and ride on a helicopter with his brother Harry. His father always wanted to ride in a helicopter but never had a chance to do so as his health slowly begin to diminish. “Now I give him his helicopter ride.” says Lucio.

Lucio was married to Carmen Tan however there are some claims that Lucio has other wives and mistresses. It was Carmen who is frequently sought with Lucio attending business and non business affairs. With that being said, it is really very hard to distinguish the actual count of his children.

Turn Hunger a Recipe for Success

Not everyone knows that hunger is a very good driven force of success. In times of difficult time, we are pushed to strive harder in order to overcome the challenges. Challenges in life can help develop interpersonal attributes of which you will value every achievement you have accomplished and do more on even prospering it. Always find opportunity in the most difficult times of your life and never let it slip.

Being simple is the key. Despite all achievements you have achieved staying grounded can help you attract good working ethics and better moral value. Lucio Tan is known for his kindness and humility, he was able to establish good working relationship with his employees that has caused him to be able to build loyalty and trust within his network..

It is an open book that Lucio Tan and former President Ferdinand Marcos are close friends and use his connection with Marcos to his benefit. Surround yourself with people that has the same goal as you have. The importance of collaborating and working with others to achieve the same goal as you are. Sometimes you need to share your ideas and thoughts without having anybody to steal your ideas, involvement of your networks can help you in materializing them.

It is not All About the Money

Money can’t buy you everything. Lucio Tan’s key to a genuine happiness is to treasure his real source of happiness, his family, his good relationship with his peers and co-workers and his employees. The vibrancy of his relationship with others make him develop true meaning of joy. Tan’s good value had made him even richer in terms of appreciation from his inner circle.

Lucio Tan’s story may just be another classic rags to riches story but his values and kindness makes him differ from the rest.