“Sipag at Tyaga” not only a famous campaign tag line for former Senator Manny Villar but a distinction of his success.

The Beginning of Manny Villar’s Biography

Manny was born on December 13, 1949 to Manuel Villar Sr. And Curita Bamba in Moriones Tondo. Manny is the second among nine children of his parents, his father an ordinary government employee and her mother a fish dealer in Divisoria Market. At a very young age, Manny was exposed to entrepreneurship by helping his mother sell fish in the market. By helping her mom sell fish, he was able to earn enough to pay for his school needs. He was doing the job to help her mom save by not hiring a helper to carry the loads and help sell shrimp and fish.

The chaos of Divisoria environment molded the Billionaire that we now know. He got exposed on how the Chinese businessmen do business but it’s his mother that greatly influenced him. One day, his mother ask him to en-cash a check amounting Php.40.00 in a nearby bank, the teller complained saying that the check smelled like fish but he insisted that it is the teller’s job to en-cash it for him no matter how bad it smells.

He work and go to school his entire college life. He finished Business Administration and Accountancy in the University of the Philippines and eventually earns his master’s degree. His work as a fish shrimp vendor starts at dawn when the shrimp and fish arrives at the market, help sell for it in the morning and go to school afterwards. His hardwork, persistence and perseverance pays off as he finishes his study.

The Man and the Businessman 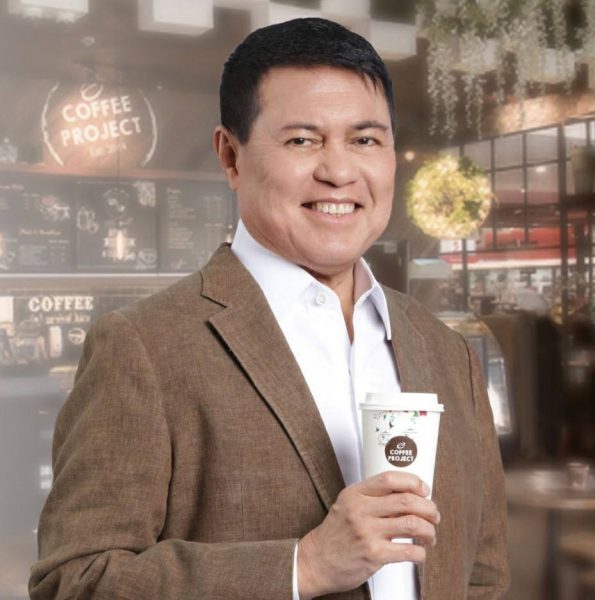 After graduating college, Manny managed to work for accounting firms but shortly resigned to venture for his own seafood supply business. His business at first is doing good, until a restaurant he was supplying for didn’t pay him. He asked the restaurant owner to issue “meal tickets” (we now know it as gift certificate or voucher) amounting the total amount receivable from the restaurant. Manny sell those meal tickets to office personnel which took him about a year to consolidate the total amount payable to him. He again worked for a development company as a financial analyst but again, he feels like he can make it in business once more so he immediately resign.

Manny applied for a loan of Php.10,000.00 which he use as a start up capital for his new business venture. He opened a gravel and sand business and purchase two second trucks for the delivery.As he continues his gravel and sand business, where he got exposed to construction companies that orders to him, he eventually acquire the idea of housing development business.

He purchased an initial of 80 lots from BF Homes in Paranaque and build houses onto it and sell it which in no time became sold out. At the age of 26, Manny became one of the youngest millionaire in the country. As he finally found his niche in the business, Manny focus in developing houses where he then turn to developing low cost housing. OFW were the main target market for Manny, from middle class to poor family who is purchasing the house by the help of financing institutions like PAG-IBIG Funds.

Filipino family then has a chance of owning a property at a low cost and a very flexible payment terms. That was the start of Manny’s success in the realty industry.

Manny as a Family Man

Manny met Cynthia Aguilar back in college who is his classmate and become friends. Cynthia is a daughter of then Mayor of Las Pinas City, living a comfortable life. Manny marries Cynthia at the age of 25 and blessed with 3 children short after. Manny managed to send his two sons in an exclusive school in Pennsylvania, USA, which both finish degree in business administration, while his only daughter studied in Ateneo De Manila. Villar Family lived in a simple two story, two bedroom house in Las Pinas City which denies the news that Villar family lives in an extravagant mansion being the leader in Housing and Development Industry. The family remained grounded and simple despite the fact that they almost had everything they could ever wish for.

Manny started his political career in 1992 as a Congressman in Las Pinas. He served as a speaker of The House of Representative and later on run for senate. Senator Manny filed 204 legislative program of action bill on his first day in the office. He was the third highest filer (Senator’s who filed the most number of bill) of the 12th Congress of the Philippines. Not long did Senator Manny was elected as the Senate President which he excelled gloriously. Villar was the very first person to head both the Congress and the Senate of the Philippines after the World War II. Manny also take his fair share on political controversy in the Philippines. He allegedly fabricated the C5 high way project which lead him to resign from the Senate Presidency in year 2008.

The Run for Presidency

Villar spent one billion pesos when he runs for presidency last Presidential Election of 2010. Unfortunately, he didn’t make it. There was numerous allegation being slap into his name which make his candidacy weaken. The most painful allegation for him is the allegatiion that says he is corrupt and an Arroyo ploy candidate. His main loss was not the billion pesos he spent for the candidacy, but the mud slapped in his name.

We see undergraduate succeed in life however, for Many Villar, Education can be your solid foundation and a provision of network for vast opportunity in life. Having the proper knowledge in administrating your business will definite reduce if not eliminate your risk in failing.

You Make Your Own Future

You don’t let anyone or any instances dictate of who you want to be. He started as a fish vendor, an employee, business man, congress and senate, a real life changing story from a successful business man. Villar believes that by hard and perseverance, you can shape your own future.

Many Villar is a story of an ordinary Filipino man who never fail to dream and make his dream a reality, who work hard for his success and persevere in what he believes that can bring him fortune.

Don’t be afraid to fail, as this is a process of learning.

Don’t be scared to try, who knows your next try might work.

Previous post
How to Start a Printing Business in the Philippines