Around 500 – 1000 B.C. the taco was invented and this is probably the best gift the Mexicans gave to the world. Because of the birth of this maize tortilla wrapped around food, eating was then defined as a gastronomic delight. Interestingly, tacos were food of the poor and since this has an awesome taste, it became widely popular and is now one famous snack that is available to spoil everyone.

The original concept of the taco is like an ‘edible spoon’ where literally a spoon can actually hold food but with the taco a number of tasty treat can be placed on it just like its cousins – quesadillas and enchiladas.  For busy bees like the young professionals who just have little time to indulge with their meals, the tacos is the perfect snack or even a meal option to check out.  With this, Taco Bell will be fit for you.  This is the place to get this tasty tortilla wrapped around treat in an instant. 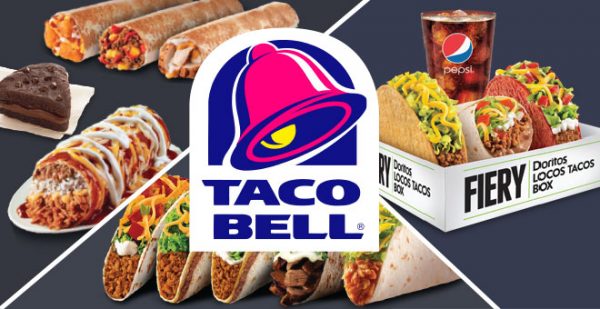 How Did Taco Bell Started?

After a stint in the Marine Corps, the young Glen Bell decided to shift gear and become a businessman with the thought that people will engage in recreational activities since war has ended.  Thus, he opened a hot dog stand and named it as Bell’s Drive-In, he then changed his concept and added hamburgers in his menu, but with the rise of Mcdonald’s on the side, he opted for another concept.   Because he is an avid fan of Mexican food for take out, he thought of doing it fast but still fresh and tasty because tacos are made available only if you are willing to wait.  So, he thought of perfecting the preparation of taco to be fast.

He still continued to sell hotdogs and served taco on the side for only 19 cents. The first customer who tasted it brought luck into the business as it was sold out quickly.  Later Glen and his partner called it Taco Tias.  With concerns on co-owners, the restaurant was renamed as El Taco but eventually sold this to his partners.  This then gave Glen the opportunity to build the first Taco Bell.  Its first ever branch was located in Downey California in the year 1962.  the success story of the brand immediately followed.  In 1977, he sold a number of Taco Bell units to PepsiCo and ended him as a major shareholder of the company.  After which other innovations were introduced such as other Mexican favorites that added to their food success as well.

Today, Taco Bell is owned by the Taco Bell Corp., a subsidiary of Yum! Brands Inc, the world’s largest restaurant company.  It carries with them other successful and major brands like A&W Restaurants, KFC, Pizza Hut, and Long John Silvers.  These are also global leaders in their respective market categories.

In the Philippines, Taco Bell opened its first store in 2004.  It is owned and operated by Philippine Pizza, Incorporated, which is also the franchise operator of Pizza Hut.  Today, as it celebrate its 12 years in the country, it has become a popular snack treat to Filipinos that makes them want to come back for more Mexican goodness.

Below are specific information details about Taco Bell Philippines.  Feel free to check the websites and call the numbers below for inquiries:

Taco Bell at 913-2121, the number to dial if you would like to speak directly to a Taco Bell Manager or representative. All Taco Bell hotline numbers are only available from 9am to 10pm daily.


3 responses to “Taco Bell Franchise in the Philippines: Details”