You might wonder how those millionaires accumulated their riches. Our thoughts will immediately think, they might have inherited those riches, thinking that millionaires were born with a silver spoon.

We have to realize that most millionaires made their money without a trust fund or inheritance. Mostly, they earned it from hard work and perseverance. Remember, Henry Sy started out as a shoeshine boy.

What matters is that we have to understand habits that pushed these self-made millionaires to where they are right now. “Your habits are the reason why you’re rich or poor,” says Tom Corley, author of Rich Habits: The Daily Success Habits of Wealthy Individuals.

Corley has studied millionaires for 12 years, and says many of them share the same pattern of daily practices and beliefs. In his book, he stated that often, just two or three of these habits will separate the wealthy from those who are financially challenged.

Here are some habits of self-made millionaires taken off from Corley’s study: 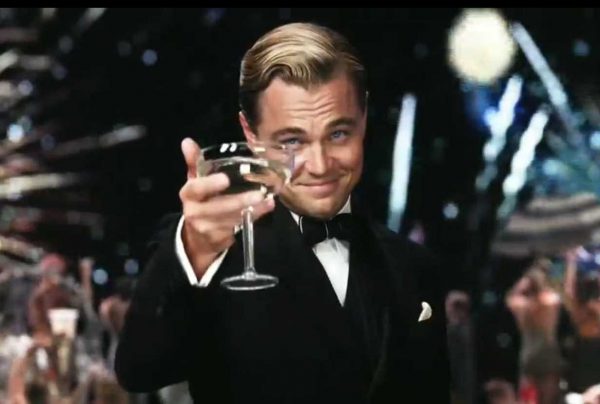 According to Corley’s study, most millionaires read two or more books a month, and they choose books that help them grow. They indulge in topics that deal with business and careers, self-help, health, current events, psychology, leadership, up to even biographies of successful people.

Growing knowledge base and skills is one of their keys to success.

2. They plan to achieve set goals

Self-made millionaires follow a certain track in their mind to achieve what they have in mind. They identify and define goals especially one they set for themselves, and pursues them relentlessly and passionately.

Before they identify goals, they do something that Corley calls “dream setting.” They identify what their ideal life would look like, create a list, and build goals around them. And they take action for each of these.

They then write to-do lists. They break down those goals into physical action steps that make up their to-do list. These lists follow a habit. Corley explains that “habits are valuable because they brain fuel that can be used doing something else.”

Lastly they plan long-term, focusing on the bigger picture rather than what they wish to achieve in a short amount of time. These are goals that will get them motivated to being fully self-sufficient.

3. They refer to a mentor

A vast majority of self-made millionaires attribute their wealth and success to having mentors.
These mentors are not just for a positive influence. Rather, they are active participants. These mentors share experiences either from personal trials and success, and offers life lessons on what to and not to do.

Mentors come in many types. Parents are the first mentors; school teachers provide the first formative years of bringing in basic yet necessary skills; career mentors at work are positive role models they admire, trust, and respect; and book mentors as ready knowledge sources.

A self-made millionaire can even be a mentor to himself. Life offers some measures of mistakes and failures. “The school of hard knocks” may be a hard path because it carries losses of time and resources, but it is also the most powerful, as you will never forget the lessons these times and trials bring.

Finding a success mentor in life puts you on the fast track to success.”

Self-made millionaires do not have to blend in a crowd, not even stand out in them. If it is already saturated, they separate. And they can make their own herd. Corley says that “You want to separate yourself from the herd, create your own herd, and then get others to join it.”

But this does not mean that self-made millionaires do not have friends. They are always on the lookout and will mingle with for individuals who are goal-oriented, optimistic, enthusiastic, and who have an overall positive mental outlook.

Corley succinctly states, “You are only as successful as those you frequently associate with.”

5. They have a positive outlook in life

Self-made millionaires need this positive mental outlook that will help shape their life journey. Corley notices that people tend to be unaware of their thoughts, whether they are positive or negative. These thoughts have lingering effects to long-term success.

Awareness, according to Corley, is the key. People do not realize they are already harboring in negative thoughts because of their lack of awareness to them.

Also, it is important to dissociate from people with negative thoughts and influences, as these will derail one from pursuing their journey towards success.

Next post
Essential Things You Must Do Before an Interview